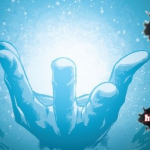 Kuo literally asked if i really wanted to change the powers asking if i really wanted the arguments he supposed would follow and that he would not tolerate edit/undo mess. He even asked if he should just lock the pages after the edits to avoid it happening. So yeah, he agreed to it, or else he would have not let me do it and undo the edits, instead of locking the page after they were done. he just doesn't want to deal with the edit/undo problem. Tsubasa16 (talk) 08:56, October 23, 2018 (UTC)

Retrieved from "https://powerlisting.fandom.com/wiki/User_talk:Nekron2?oldid=1204755"
Community content is available under CC-BY-SA unless otherwise noted.