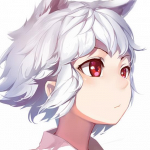 No, but I am certain that there are users here in this wiki who can think of a few, because, the only users to VM that I know of, would be Dracula, Mavis, and Vlad from Hotel Transylvania. --Chris Urena (talk) 04:02, February 16, 2020 (UTC)

Greetings. Hope you are doing well. I am writing with regards to the Personal Mastery powers. There has been some heated debate lately with regards to the powers added to it. As such, greater scrutiny concerning new power inclusions has been put into place. That being said, I wanted to float two powers by you. One power would be Personal Enchantment. Since Personal Magic was erased and Magic itselt is considered personal, I wanted to make this specialized. Personal Enchantment would be where an individual would be under the effect of a unique sorcerous effect placed upon them. It does not necessarily mean that they can do things like Spell Casting or that they have a Homo Magi Physiology. It would mean that some magical effect has been placed upon them. It is sort of like Personal Blessing/Personal Curse, but it is strictly magical in origin and it is not necessarily beneficial/detrimental, divine/demonic. Personal magical effects without necessarily having the intention. The other power I wanted to suggest is Personal Momentum. This is where one could control their own personal quantity of motion (increasing it, decreasing it, etc.). Either that or Personal Fragrance (nuff said). If those are allowable, I would be incredibly grateful. If not, I shall try something else. Thank you for your time and have a nice day. Kusarigama (talk) 14:09, February 16, 2020 (UTC)

Hi I have an interesting new power idea- Fictional/Imaginary/Unreal Lingualism. The power to fluent in nonexistent/fictional, madeup or unreal languages/dialects.

Users of this can even speak fluently is languages that have no basis in reality and shouldn't be physically possible to even learn...let alone actually speak them properly.

I figured since we have Xenolingualism and Alternative Communication as powers on the wikia, why not make one that covers languages that either don't exist, can't exist, or that are conceptually and metaphysically broken as a whole.

An example would be speaking a language that only exists inside of the world of dreams or subjective experiences, meaning that under normal circumstances there is no way for the language to actually exist in our world.

1. Conceptual Perfection- The power to be conceptually perfect/perfect through conceptual means.

2. Emotional Perfection- The power to be emotionally perfect.

Hey Omuni, do you have access to the description for the capabilities of the original Vampiric Magic? The reason why I am asking this is is because I am struggling on what capabilities should I give the new and upcoming Vampiric Magic and am in need of an example to be given so that way I could make a new and improved version of that which the original VM had for capabilities; one that is better written, cooler sounding, and perhaps less vague than the first one was. --Chris Urena (talk) 01:19, February 20, 2020 (UTC)

Retrieved from "https://powerlisting.fandom.com/wiki/User_talk:Omuni?oldid=1431686"
Community content is available under CC-BY-SA unless otherwise noted.