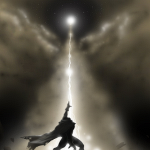 Prophet of the Lord

Hi, welcome to Superpower Wiki! Thanks for your edit to the File:True-blood-6-8 500x333.jpg page!

Use Source (Edit=> button on top), makes it easier to see what you're doing and others don't need to redo every link.

Deleted changes because those have already been on the page when it was new and were removed after extensive argument. --Kuopiofi (talk) 07:03, October 3, 2013 (UTC)

No worries about you edits, there are always pages that cause some level of controversy and arguments... thought some of those are the ones you never would guess before it happens. This was one of them.

On the right in Edit is "Add features and media", open it and there's Photo (click it), which gives two options: Upload from your computer of Find from this site. I think it gets pretty obvious from there.

The following works on Source, I haven't used the other way for so long I don't remember how to do it that way: If you add picture to Infobox or Gallery, remember to remove the brackets ([[) around the picture and in Info there should be File: before the picture. --Kuopiofi (talk) 20:54, October 4, 2013 (UTC)

I did not know you made those names up. I therefore leave you an apology.

Please start editing in Source (Edit, button on top), makes it easier for you to see what happens behind the scenes and other don't need to Edit every link you add. --Kuopiofi (talk) 17:08, November 3, 2013 (UTC)

We already have Angel Soul, we don't need Variation for every type of Angel out there.

When you make powers, please cut down the amount of text: wall-of-text and long explanations simply gets ignored. Focus to the main points and if there's a page for more details give that on Capabilities so people who are interested can take a look. --Kuopiofi (talk) 20:01, November 4, 2013 (UTC)

While I agree about Death aspect (seems to be common thing, lots of angels of Death), you have to talk with Transcendent Angel Physiologys maker about details as he added them.

Even if Lucifer was best it doesn't make him strongest, Michael kicked him out of Heaven and what does that tell you about their relative power-level? As for the "brightest of all of the angels in Heaven", Archangel of Light, was he supposed to be darkest or something? --Kuopiofi (talk) 06:01, February 3, 2014 (UTC)

Nether is defined as "more than the source of what drains life away from living things, it is the destructive aspect of reality, the source and very concept of entropy and destruction, disasters and all degeneration in matter, energy and concepts", what exactly did you plan to add to that? Considering that Death-Force is already part of it and "the essence of Death". --Kuopiofi (talk) 20:59, February 26, 2014 (UTC)

Because if you add Omnifarious, it already covers every physiology and mimicry by definition, so adding them is simply wasting space and extending the already long list. Same goes to others, they were already covered by other powers.

I have questions about Aspect Of Death.

I don't get this still?

What is the main difference between Death Embodiment and this?

And what if I made a Aspect of Terror?

Ophis is actually called the Absolute existence in the LNs, she is the oldest being in the entire series, even older then god of the bible, she can control any  aspect of herself, she is called the Infinite after all. She will still be around long after everyone else in the series has passed away. the author has even said she never uses her full powers because the story would then have no meaning. Its all written and explained in the Light novels, and by the author himself.

She no selled a weapon that can literally kill anything, even the Almighty. She is the most powerful character in the entire story, these are not my words, these are the words of god, the mangaka's own words.

Ophis only let her power be drained because she doesnt care, as Samael can't kill her anymore then anyone sense,and in truth when samael attacked her she released most of her power in the form of blacl snakes, great red my seem to be the strongest dragon, but he can actually be  killed by trihexa if they ever fought, Ophis on the other is completely inivinicble. oh  and she let samael attack her, she cares for nothing but killing great red,

let me point out how she fits-

1.She rarely uses her full powers, if she didnt then the story would already have ended  a lot time ago.

2.The Oldest being in existence, predating everyone and everything, god himself included

3.the name the Infinite meaning her power is basically infinite

4.limitless body control, she can become anything she wants, height, weight, young, old, different species,She doens;t even have a true physical appearance, to her form in more like window dressing.

5.Cannot be killed, and will outlive everyone and everything until she is all thats left in the end. that includes the heat death of the multiverse

6.Great red is capable of being killed, Ophis is not, the True Longinus which is the most powerful weapon there is has absolutely no effect on her even after a fraction of her power was taken, the rest of her power she simply released into the world so Samael took almost nothing of it,

7.When the true longinus was used on her(the spear that can kill gods and everything else)she didn't even react when she was stabbed, when the spear was pulled out not was there no wound, there was no blood or any since she was ever injured, it didn't just heal up quickly, it simply never actually stabbed her, to give an example-

Its like shoving a stick in a pool of water, or putting your finger into gelatin, there is going to be no wound or injury of any kind in both cases.

theres much more information-I have personally read all of the Light Novels, the Side stories, and everything else that happens to do with dxd So I am well informed about what ophis can and can't do.

The main reason why she never fights with her full power is is only interested in great red, either killing him or removing him from the Gap. she no other interests, sp she doesn't even bother to dodge attack when nobody can actually hurt, let alone kill her.

Ophis doesn't officially appear in the anime, her story is totally in the LNs, While its true there is a picture of her in animated form it doesn't count since it was only as one of the Bluray extras and not an actual role, and she only has one line and doesn't even do anything(the bluray extras are scenes that didn't officially make it in the anime and are non canon anyway.)

Also the highschool dxd LNs are all translated and available to read on Bakatsuki, And the anime is based on the Light Novels, and its only up to volume 4, the series itself its currently up to volume 18. You have to read it to understand the plot because a large chunk of the information including about ophis and the characters is left out of the anime. In fact about 90% of the information on known users on this site comes from either the manga or the light novels, Not the anime. ^_^ well thats all I have to say.SageM (talk) 01:18, August 19, 2014 (UTC)SageM

It's one of the Rules for this wiki "No world/verse/series specific powers are allowed and will be deleted. (For example, Kryptonian Physiology or Dementor Physiology)".

It's about keeping things simple.

Retrieved from "https://powerlisting.fandom.com/wiki/User_talk:Prophet_of_the_Lord?oldid=764164"
Community content is available under CC-BY-SA unless otherwise noted.