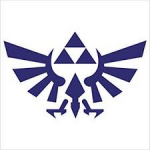 If you have something to say say it because I'll just edit the page again.--User talk:Morningstar123

The problem is that Final Girl isn't really a valid power or an archetype.

Anyone that has survival intuition or survival mode would be considered a user for final girl.

And since the idea for the power is nothing more then the users of those pages, its not really adding anything new, interesting, or unique to the wikia.

Its not even really an archetype (despite the other users arguments about it), plus its way to limited in scope to even be an archetypal power or even a regular power.

Thats why I asked the bureaucrat about removing it, because its not really a power when you get down to the core of it or its covered by existing pages.

An archetypal power has to cover a far range of bases and powers to be considered as valid on the wikia.

Nenygko even said that power is only limited to being a survivor of slasher movies and killing/defeating monsters, that pretty much makes it sound like its way to limited to ever be an archetype power.

SageF huh? How about using a proper name?

Retrieved from "https://powerlisting.fandom.com/wiki/User_talk:SageF?oldid=1435687"
Community content is available under CC-BY-SA unless otherwise noted.