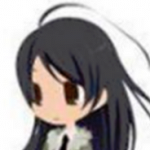 Hi, welcome to Superpower Wiki! Thanks for your edit to the Talk:Strong Force Manipulation page!

My duty is to ensure no single power dominantes due to the fact I can never possess them. I have the destructive personality of if I fail to get something, I won't let others have it. Because of this, my affinity is the concept of nothingness and nonexistence, as they are the few things that can oppose duality. However my polar opposite personaity of embracing the truth means I will always carry out detailed analysis and place things in the most objective and correct order

Nothingness nature powers: Opposite of evil, good, neutral powers, of which nonexistence is the most extreme example (opposite of infinity number of powers)

The Unknown (a power that can never be included in the superpower wiki because there is no way describing it due to its nature), which is the 4th "pole" of everything/nothing

The 4 fundemental "elements" that consists of every concept known to humans: Good, Evil, Nothingness, Unknown

Clarification on the power attacking nonsense

Basically my mind flow of thoughts go like this

My dark, emotional, power hungry side

My light, rational side

What my dark side want is nonsense selfish in a public perspective->analysis the thing carefully bit by bit, trying to purge all emotional factors->generate an objective analysis using logic->output the analysis results for scrunity by other people

The good news: My extreme love of science and truth means my light side almost always wins.

The bad news: Terrible self control means my dark side is not stopped completely, and manifest itself as ramblings in the comments despite it fails to cause significant impact (e.g. editing an article to suit my dark side)

The warning: Hate speech is a bannable offence.

The proposal: Trying to strengthen my light side

P.S. Why I am willing to post my mind: It is a combined result of both my light side and dark side: To show off (also the major fuel for most of my actions, the creation of my wiki, to try to understand the non understandable (without getting insane), to guide others in homework problems in real life, to display both my ligth and dark mind processes at the same time etc.) and to not tell lies (only told 3 lies throughout my life so far)

Hello Secret ultraviolet tell me about Unknown conception how you understand this i am interested in you comprehension of this theme( unknowability) Desolation 000 ??:??, December 30,2012 (UTC)

The problem of the theme "unknown" is that by definition, we have no idea how it interact with other themes or concepts. Thus making a power which make use of this theme is meaningless because it can do anything, do something or do nothing, but there is no way to tell which one, because of the very definition of the concept/theme "unknown"

The only known thing is unknown is able to mess with any known concept. Because of its defintion, anything that interact with the unknown will result in an unknown outcome. Therefore it certain sense, it acts like nothingness, except the end result is not turning something into nothingness, but rather we have no idea what the outcome is (unlike other concepts such as nothingness, good, evil, neutral etc. unknown is not a 'thing' itself, rather, it's a term to describe something that we have no idea about what it is. That something can be any known concepts or other concepts that we have not conceived yet)

You agreed with me?

Unknown is always above because of its very definition, however this does not make it advantagous for a user who can make use of it, because the outcomes are unknown. It may benefit the user or harm it or does not affect the user or something else more subtle. (And really the aim for a superpower is to benefit the user, so if such thing "unknown" is cannot be understood what the outcome is, what's the point of having a superpower based on the unknown?) But behind the unknown there are only concrete things/concepts etc. It is basically just another concept except we have no idea what this or these concepts are.

In short, unknown is just a label for a concept/entity/thing that we did not learnt about it yet. It is not a thing itself, unlike concepts such as nothingness, good, evil, neutral, infinity, zero etc.

When we know what is behind this label, the concept in question might be revealed as less powerful, more powerful equally powerful or somethign else, therefore depend on what the underlying concept is, it can be above or below.

What we observed that "unknown is always above" is in fact soemthing similar to this example:

But these are just labels on the underlying thing that we have no idea of what it is (yet?) . You must remember behind the first word "unknown" may not necessary be the same thing behind the second word "unknown"

Therefore we observed unknown is always above and convert everything else into unknown is just a smokescreen of what actually happening beneath them.

In conclusion: Using the concept unknown as a power is meaningless

Agree with you power based by this, is impossible but boundless elimination( plungs us in unknowability) as close

I have typed a 1000+ words reply to your above post, only to be completely and utterly ruined by ERROR 105 CANNOT RESOLVE DNS ADDRESS

And_I am not bothered to type that again

I am desolation 000 please create this power this is faar coller than anything else madness and cool create page: Manipulation of Omega Omnispere http://en.wikipedia.org/wiki/User:Omega_Omnisphere this includes ALL ( read link)

No this is not i, this concept i nown earler than i in this site. But create this power( manipulate omega omnisphere is cool)

How about create page: Manipulation of Omega Omnispere http://en.wikipedia.org/wiki/User:Omega_Omnisphere this includes ALL ( read link) ? You do this or not?

"Don't count me in, Thekingsman has spoke his words, so think carefully before do that. Blackwings369 (talk) 06:47, December 31, 2012 (UTC)"-if he does not like this power it just removes the page from the other side you can finally create a power which is unlimited potential and endless race of all-powerful new forces would end because omega omnisfera includes everything and even more I do not insist but I think it's worth a try

I didn't said he will remove it, I just mean if you want to make the page, you should add somethings to let people know that it is your creation, not a canon ability. And the information is too vagued-defined, making it look like another Omnipotence clone. Blackwings369 (talk) 07:26, December 31, 2012 (UTC)

. Blackwings369 -Ok Well well, if you have time and desire to make a page but if you can not you can not do it and it feels like a lot of omnipotence but varieties almighty forces on it can and will end maybe, too many of them and that contain all the rest

Hello, you created the Inverse-omnipotence?

Yup, but it's just an experiement to understand some terms more. It should not stay long

The longer they have known, the less likely the reaction... It seems only for the plane known as Real Life that can escape from this curse

Things seemed to fell apart very quickly for the better or worse since COP21, huh?

First is the cut in CSIRO resarch by the trump government, next is the real future of back to the future day arrives, next is star wars, Arroverse and Marvel cinematic universe started a new season next is the end of gravity falls, next is the student suicide chain in HK in january and march, next is lenardo di carpio finally worn the oscar and sent the oscar memes to their graves, then is jayisgames shut down, next is frequently visited sites being siezed, then higher space flooded with cranks, and then PSE losing active members. Later there's a prediction that the fossil fuel empire will die within this decade, and now, it seems the supwerpower wiki chat have a lot less of the old friends visiting.

What's in common between all of them? I smell death

It does seemed that, the first sign of vagueness is coming is the timeline slowly frozen over (So much for a crazy plot idea!)

Re: On Division by zero

Your edit would have been undone even if I didn't touch it.

The point is to keep it simple, and a lot of the stuff you added doesn't even have anything to do with the power.

A lot of what you added was not only unnecessary but also meaningless, as the original idea of the power is already explantory as is.

Division by Zero has absolutely nothing to do with Amalgamation for one thing, its a scientific concept. its not about blending things or anything else along those lines.

Your edit is not valid and it would have been undone by another user for over complicating it.

Keep it the way it is, as your edit is no longer even about the power anymore. As you changed the basic definition of it.

Retrieved from "https://powerlisting.fandom.com/wiki/User_talk:Secret_ultraviolet?oldid=1175734"
Community content is available under CC-BY-SA unless otherwise noted.