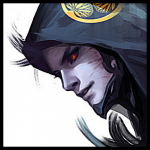 Hi, a piece of friendly advice for you. Its not a good idea to threaten admins about not editing pages or talking about locking their access.

Every user is free to edit a page so long as they don't troll or vandalize the page. its the entire point of the wikia after all. ^_^

I just don't want to see you end up getting blocked for threatening an admin about making edits is all.SageM (talk) 05:32, October 15, 2016 (UTC)SageM

Actually the details you added only applies to the dragonball verse rather then to all of the users. thats why he removed it I believe.SageM (talk) 05:40, October 15, 2016 (UTC)SageM

Not only is the user a B-crat and admin, he's been here for nearly 6 years and has almost 100.000 edits. I'm willing to bet he probably knows whay he's doing. Instead of telling him to stop, ask him and discuss with him about why the content was removed since it bothered you so much. With the experience he probably has, I'm sure his answer will suffice. Alissa the Wise Wolf (talk) 05:44, October 15, 2016 (UTC)

The details about the symbiotic connection between god of creation and destruction only apply to a single verse(The DB verse) so its not really valid detail since it doesn't apply to all of the users(which is pretty much the entire purpose of the power, a detail has to apply to all the users not just one otherwise its considered to be a single verse power only and that is against the rules that we all have to work by.) Also not every listed user has a god of creation counterpart either, so its another thing that doesn't apply to everyone listed.

thats likely the reason why those new details in the capabilities were removed.

I'm not well versed in the wiki, but if you ask me, I'd say Sage gave you a really good response. Please be sure to apologize to....um...Kuopiofi(hard name to memorize, not gonna lie) for inconveniencing him and doubting his experience. Alissa the Wise Wolf (talk) 06:10, October 15, 2016 (UTC)

you know that Kuo is removing the stuff you're adding to it beucase it's a verse specific thing right (at least about the capabilities)? Tsubasa16 (talk) 08:29, October 15, 2016 (UTC)

Verse-specific details has been explained above, quite extensively. :p

I removed Destruction as it covers every one of the destruction powers you added by default, so adding the whole list pretty much only lengthens the Applications. You're free to disagree with this of course. You really need to explain to me how Balance is part of the DDP, without going to verse-specific part?

Returned Negation and Nothingness Manipulation as those actually fit the power.

Retrieved from "https://powerlisting.fandom.com/wiki/User_talk:ShenLong_Kazama?oldid=852938"
Community content is available under CC-BY-SA unless otherwise noted.