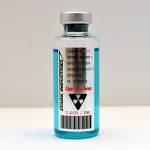 Hi, welcome to Superpower Wiki! Thanks for your edit to the User talk:Kuopiofi page!

I'm not really interested about this discussion, it was fine at the beginning. But now I don't really care anymore, I am just going to let you guys argue about it until you finally reach a decision.

I'm sorry, I wish I could give my input but, unfortunately, I don't know much about Marvel Comics and their characters so I'm going to have to stay neutral on this topic.

I hope you understand and I pray you and Demotivator can come to a reasonable and mutual agreement on Captain America and whether be belongs on Enhanced Condition or Peak Human Condition. CrabHermit (talk) 19:07, August 17, 2018 (UTC)

I have gotten some complaints about you spamming a message on various talk pages, so please stop spamming it and just make a discussion post about it. Imouto 19:28, August 17, 2018 (UTC)Imouto-tan

Again, It's really not my place to give my input on something I know nothing about. If I do end up supporting you without knowing what I'm talking about, wouldn't that be unfair to those who disagree with you?

I'm remaining neutral for the sole purpose of not instigating conflicts with other users who know more about something than I do.

Sorry, but I really can't help you or Demotivator here. Still, I wish you and Demotivator can come to a logical conclusion and mutual agreement. CrabHermit (talk) 23:30, August 17, 2018 (UTC)

Hey I seriously have to know something, why is it that you act like you know about Captain America when you clearly don’t? I saw how you protested the fact that Captain America is somehow not qualified to be in enhanced physical condition when his physical condition was in fact enhanced. You’re clearly going off handbook rankings that are not even taken literal due to the fact that the information they give on power ranking is immediately debunked by comic feats alone. Also, if you want to be a handbook enthusiast then you should know that handbooks state that anybody who can lift more than 800lbs in Marvel is considered to have superhuman strength, Cap can easily bench press 2,200lbs and has consistent feats that put him in higher rankings than average peak human characters. Also you clearly don’t understand the rankings as good as you think, you have people like Hawkeye, Daredevil, Black Widow, Frank Castle, Falcon And other non-enhanced human characters under “ Peak human “ when in reality none of these characters were ever called Peak human in any handbook you find, clearly you people on this Wikias pull false information based on your assumptions of the feats you see yet when it comes to Cap you can’t figure out if he’s higher than Peak? How stupid are you? . You say Cap can only run 30 mph yet in CA:70th Anniversary we saw Cap state that he can run a mile in one minute, In Theater of War he ran faster than the HVMVEE driving at Max speed which is 70 mph - 90mph, He outran giant birds in heavy snow that could run 50 mph, these are feats you consistently see Captain America accomplishing no matter the writer so that excuse is non-valid. When it comes to combat speed, Cap can move as fast as Spider-Man and this was shown when he whooped Spider-Man not once but twice ( Amazing Spider-Man #187, Amazing Spiderman #537) completely outclassed Daredevil and Iron Fist who needed his CHI to take on Cap, never lost a fight to Black Panther ( T’Challa ) defeated Wolverine, has completely trashed the Taskmaster, 3x Times the fighter Winter Soldier is, can completely outclass even the most intensely trained humans. Also, in the marvel website they have Cap listed under superhuman, https://www.marvel.com/characters/captain-america-steve-rogers/in-comics

That’s his in comic account, it clearly saids “ Powers - Superhuman etc “ Again, You clearly don’t know as much about Cap as you think.

Don’t even get me started on the fact that Cap has a healing factor that doesn’t let him age and heals him from any injury or sickness, in the Captain America 2013 Cap spent 12 years in Dimension Z where time moves fast and he didn’t age but Sharon Carter came out an older woman, now if you read comics of Cap you would know that.

Captain America’s mind is also enhanced, you can literally find all this information if you just research, his mind works way faster than normal humans and it allows to master any martial art in a matter of moments and predict an enemies move ( stated by Kang ) And even copy other peoples fighting styles ( shown when he fought blind like Daredevil in pitch darkness with a blindfold on) He can instinctively adapt to any opponent or fighting style ( Stated by Black Panther ).

Also what you need to know about the SSS is that the one Captain America Took is different than any other variation you see, Tony Stark stated himself that Captain America is the only perfect super soldier in the world, they’re people who were enhanced by a serum to a greater level than Cap but they were not enhanced in every way imaginable for example none were enhanced mentally while Cap was.

I got scans and comic issues for days my guy, I’ll debunk you all day. Just lmk.

Still haven’t replied huh? I’m waiting. If you’re a real comic reader and know about comics then you debate me. If not just admit you don’t know shit and STFU about Captain America.

Retrieved from "https://powerlisting.fandom.com/wiki/User_talk:Super-Soldier_Man22?oldid=1365661"
Community content is available under CC-BY-SA unless otherwise noted.