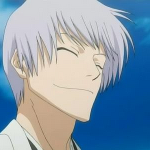 Hi, welcome to Superpower Wiki! Thanks for your edit to the Motor-Skill Manipulation page!

Exactly for the reason I gave several weeks ago: single new limitation on Invulnerability does the same thing.--Kuopiofi (talk) 05:23, October 12, 2012 (UTC)

If you insist using the proper name, consider that using Search and linking in edit depend on writing the right names. If you want to rename, I must insist you edit every link on this site.--Kuopiofi (talk) 21:36, March 4, 2013 (UTC)

Please use signature (button on top, fifth from right, looks like writing), makes it so much easier to know who wrote and answer.

Signature, please. It's so much easier to answer.

Doesn't have more to do with the fact that they are main characters than anything else? In other words, it's about the story's needs instead of the individual. --Kuopiofi (talk) 04:36, August 13, 2013 (UTC)

Well, to be frank we do have quite a few very specialized weapon-pages, so claiming tail would be that different would be a bit hypocritical. What I mean that we don't have a page like Weapon Proficiency (which collects various weapon proficiencies) to give a umbrella-page for wielding Natural Weaponry with proficiency. --Kuopiofi (talk) 20:14, November 2, 2013 (UTC)

Could the user of psychosomatic illusion make an illusion of a ordinary broad sword and give it the power to suck the life-force of others?

Single sentence and lots of headings without any text don't really make power. That it was pretty much same as Body Language Analysis didn't much help. --Kuopiofi (talk) 04:45, July 25, 2016 (UTC)

Retrieved from "https://powerlisting.fandom.com/wiki/User_talk:The_Fox_Boss?oldid=810147"
Community content is available under CC-BY-SA unless otherwise noted.