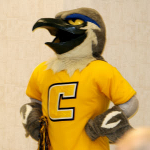 Death battle does not count as a source of facts, if it didn't happen in the comics and it isn't reported on the actual wikia in question then it doesn't count.

UTC Scrappy (talk) 22:29, April 7, 2017 (UTC) Death Battle is a show that shows lists powers of combatants that have actually been proven because I checked the Wikis for powers and abilities. If it's alright with you, can I keep working on putting in abilities from combatants from that show, please?

Im not sure replacing a name of someone who uses hook proficiency with a generalization is a good thing. alot of people use the names to try and find out more about the user and the power, so putting a generalization might not be a good thing? idk, just thought I might bring it up, I could be completly wrong and if so, im sorry.

UTC Scrappy (talk) 01:58, April 12, 2017 (UTC)Well, actually, I just don't want to spend forever looking for all of the villains who so far use hooks. Same thing for the other articles.

Sorry about that. I forgot. Can you remind me how to do them again, so that I don't do it again? Also, do you like edits I out on this wiki? Anyone can edit the pages, right?

UTC Scrappy (talk) 17:50, August 21, 2017 (UTC)What I'm trying to say is that I am now following the official wikia pages for the characters I am interested in and filling in their names on the pages of this Wikia.

Retrieved from "https://powerlisting.fandom.com/wiki/User_talk:UTC_Scrappy?oldid=986669"
Community content is available under CC-BY-SA unless otherwise noted.