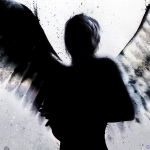 aka Halcyon, the god of ravens and crows

Hi, welcome to Superpower Wiki! Thanks for your edit to the File:TK Shield.jpg page!

Use Signature when you post to Talk-page (button on top, fifth from right looks like writing), makes it so much easier to know who wrote.

Because your page isn't about Phoenix, it's about Phoenix Force which comes from from single source and those get deleted. Secondly, even if your page was about Phoenix it would be deleted because that's what happens to repeat pages. --Kuopiofi (talk) 17:26, August 21, 2013 (UTC)

Hey nice page, but one thing. Can you review how other pages look that has to with Constructs , like Pyrokinetic Constructs . And edit your page to go along with all the other Construct pages.

Thank you for your time.

When you add something or make a new power, don't create wall-of-text: be direct, short and to the point.

Use them/they/etc instead of him/her etc., we've edited every page to that and keep going on with it.

When adding a link, check it before posting: there's no Illusion Casting, just Illusion Manipulation for example. For that matter, always check with Preview before posting: it saves from embarrassing mistakes. --Kuopiofi (talk) 05:57, August 24, 2013 (UTC)

Use them/they/etc instead of him/her

When you want to make a new page, take a look on the powers that are similar to what you're planning and shamelessly copy from them: they have been edited several times and give a good idea what works and what powers to add.

You erased everything I wrote on  Hydrokinetic Wall Generation

1) already deleted once, same goes to others that were and will be deleted.

2) none of those are Manipulations, they boil/freeze water: not manipulation. Covered by Freezing, Heat generation, Steam Manipulation and several others, you're making powers that are already covered by other. --Kuopiofi (talk) 11:47, August 24, 2013 (UTC)

Thermal Manipulation pretty much covers it.

I think I must advice you to check out if there are already powers that cover what you want to do. We have so many powers here that there's at least possibility that someone already did something similar, I know I've had to delete few pages I made after finding out there already was power that did the same thing. There's been quite a few ideas that got scrapped when a bit of searching shoved they were already done. --Kuopiofi (talk) 11:54, August 24, 2013 (UTC)

Only advice I can give is that you go to a page that already has infobox, click Edit and then use Source (button on top), this shows you what the page looks in it's most basic. Simply copy/paste the infobox to the page you want it to go. --Kuopiofi (talk) 10:23, September 4, 2013 (UTC)

Capabilities is about what the power does, Applications have nothing to do with revenge. Denied. --Kuopiofi (talk) 08:41, September 15, 2013 (UTC)

One question-mark is enough, three really doesn't impress me.

So, sub-power of Bio-Electricity Manipulation and Astral Projection, and they are the only given Applications? Back to the drawing board, I'd say.

And seriously, if you want to make a page think what the Capabilities is supposed to say. It doesn't have to be long, but it should tell more about the power than the first line on the page. --Kuopiofi (talk) 09:07, September 16, 2013 (UTC)

If it's closer to PI, that's already done.

If you're doing PN Variation, check how the other Variations are done and use them as ideas for what you want to do. And please don't add that many empty lines, they just get removed. You might want to name it as Telepathy Negation. Dilation just doesn't have anything to do with Negating things. --Kuopiofi (talk) 09:25, September 16, 2013 (UTC)

I'm seriously having problems with your English, but as far as I understand:

Divide that into Telepathic Inhibitor and Telepathic Negation, don't combine them into single power. Your second example is Telepathy Negation and goes under PN.

I think you need a second opinion here, could you ask Gabriels? I'm not native English speaker and I rather suspect you aren't either. --Kuopiofi (talk) 10:42, September 16, 2013 (UTC)

Apparently no-one got around mentioning it to you, but we use them/they instead of his/her/etc., makes it easier. Just in case you wonder why those get edited every time. --Kuopiofi (talk) 13:58, September 16, 2013 (UTC)

When you add pictures, mind using ones that are big enough that they don't need to be zoomed twice their size to be usable? Those are fuzzy at best. --Kuopiofi (talk) 14:04, September 16, 2013 (UTC)

Getting better, it takes time to figure what works best for you. I can almost guarantee that year or so from now you end up editing your first pages and feeling mildly embarrassed about them.

I think that the best advice I can give is to check out older powers and when you create pages, try to find power that does something similar and use what works. It both saves the time and allows you to pick what works and what doesn't on your page and what you can use yourself later on.

Second is that you stay on the point in Capabilities, I know that it's easy to let the ideas simply run to the page, but read it few times before Publishing and consider if there's something too wordy. --Kuopiofi (talk) 15:15, September 16, 2013 (UTC)

That's just Air Manipulation, someone already did that few years ago and it was deleted. And we already have Wind Generation too. --Kuopiofi (talk) 14:02, September 17, 2013 (UTC)

Sorry I didn't answer before you made the page, but to my defense I was busy in quite a few places and certain newbie deleted your post and my base message to top it. Only notices when I checked history of the page.

It's them/they instead of he/she/etc., no Good/Evil unless the power is by it's nature supernaturally so. Most powers are neutral.

Retrieved from "https://powerlisting.fandom.com/wiki/User_talk:WhitePhoenixCrowne?oldid=514515"
Community content is available under CC-BY-SA unless otherwise noted.