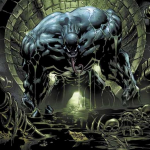 Hi, welcome to Superpower Wiki! Thanks for your edit to the Electricity Manipulation page!

Leviathans was already up there. I removed the original, since yours is linked but please check if any user you're about to put up is already there before publishing Gabriel456 (talk) 22:45, August 18, 2013 (UTC)

I was actually planning to return it, but you'd removed it from your list of Created Pages so I figured you weren't interested about it anymore. It's back up again now. --Kuopiofi (talk) 20:56, November 7, 2013 (UTC)

Please use Signature (button on top, fifth from the right, looks like writing), lets you know who wrote and links directly to Talk-page.

He inserts his explosive chakra into clay sculptures he makes with the mouths on his hands to attack opponents. He doesn't manipulate clay in general which is why I removed him, though if he truly does have full control over the clay he uses to make his explosives, he can be put back on the page permanently if that is mention.Consus, the Erudite God (talk) 05:05, November 19, 2013 (UTC)

Alright, if he can control how his clay affects other in that regard that would be fine albiet limited. By manipulation, the page usually means a user can manipulate various properties of the clay itself as opposed to just making constructs, but this is fine too if mentioned Deidara can only control the clay he molds with his chakra.Consus, the Erudite God (talk) 15:23, November 19, 2013 (UTC)

Say, can you help me out on something?

You see, I am a writer, one who likes to write stories on different things. I am mostly a fanfic writer, but I will not say for which series. On one story I am working on, I am planning to include seven special stones of power, each with their own power over something in the universe/multiverse, and they are all very powerful. They are kind of like the Infinity Gems from Marvel Comics. So far, I only have six stones with their own powers. They are...

So far, I have only those. I am still trying to come up with a seventh stone with its own power, and I have yet to decide which power that should be. Any suggestions (don't say spirit or soul, please)? Storycutter999 (talk) 00:23, December 21, 2013 (UTC)

Yes although he was not necessarily talking about the creature. Everybody else who has seen that deleted scene all say that it is a werewolf and only a werewolf and Hannibal was just being Hannibal making a joke. The purpose of that scene the director said was to show what the night stalkers do now that vampires are extinct and the answer is they hunt werewolves now, something never even hinted at in the blade universe. The director removed the scene stating it was just to weird.

Question: do we know Kakuzu can reattach any immortals head, or is it simply because Hidan's own unkillability? For all I know anyone could reattached his head, even by using staplers. --Kuopiofi (talk) 07:12, March 12, 2014 (UTC)

Considering we just deleted/redid a bunch of touch-based powers, you might want to make it somehow unique/clearly separate from telepathy. Basically, if the only/main difference to the base-power is that it needs a touch to work, it's a goner. If there's enough difference that it's obvious, it's a keeper. --Kuopiofi (talk) 20:07, June 23, 2014 (UTC)

sorry for the late reply, actually forgot. I sincerely apologize

As Kuo said, the only thing different is the requirement of touch. as for VT, I think that needs to go too. Seriously, just going "may need physical contact" on Telepathy's limits would do the same thing. It's just Telepathy by touch, there's not much of a difference.

We already have done extensive rewording on several of those touch pages (I for one deleted Healing Touch and Tactile Power Replication). Are you saying we should just undo all of that work? Gabriel456 (talk) 23:42, June 23, 2014 (UTC)

....I never said I didn't. Not once. Also, you did fail. You made it look too much like as if Telepathy and Memory Manipulation were the same thing (the presence of Tactile Memory Control in Also Called and that guy from Heroes. He never once read minds or did anything other than doing something with memories.) Not sure how that was supposed to make it different. other than that, it was just Telepathy just needing touch. Gabriel456 (talk) 00:22, June 24, 2014 (UTC)

Retrieved from "https://powerlisting.fandom.com/wiki/User_talk:William_slattery?oldid=874829"
Community content is available under CC-BY-SA unless otherwise noted.