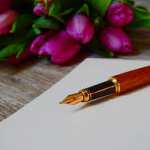 Ah, Monday. OR AS I LIKE TO CALL IT, THURSDAY!

User, welcome to my talk page! Drop questions and concerns below. I remove ordinary messages from the talk page as soon as I've replied, so don't worry about not seeing our conversation here. I'd much rather talk to you on Discord, though. Jess#1144

I think you should add these scripts to the MediaWiki:ImportJS:

The first one because I think it'll be nice for people to see how massive of a wiki this place is. The second one so that my bloody {{Popup}} template works like it should ! (Like This)

So, to get on top of the mess that is MediaWiki:Common.js, I feel like this is all we should keep:

Everything else was thrown on waaaaay back in 2011 so I'm 99.9% it's redundant anyway. As for the custom edit buttons, the only reason I feel like they should stay is because they've been part of every source code editor's toolkit since 2011 (regardless of whether they've actually used those buttons or not

Now, for the things I believe will either be helpful (or just a nice touch), I suggest these additions to the coding:

If you do add the RailWAM script to the MediaWiki:ImportJS page (which I strongly suggest you do) you'll need to add these lines of script to the Common.js as well (or logging scores will become messy otherwise):

This is literally two lines of code for the MediaWiki:Common.css page that'll work in tandem with the user tag coding I mentioned in the Common.js:

The background colour I've given above is the one this wiki uses (change it if you want, up to you or whoever *shrugs*). If you want to see what the user tag coding I mentioned looks like in action, see here: Example 1 / Example 2

Okay, not gonna lie, this one ain't even necessary cos this wiki doesn't make affiliations with wikis (which means it'd probably have no need for the {{Wordmark}} template). But it might be handy to add to the MediaWiki:Wikia.css page:

And finally, if you're not already aware of it, I think you'll have fun playing around with the MediaWiki:ProfileTags page ^^

Hi, I'm Nengyko. I have a problem with Kangaroo Physiology, its category bar is very glitchy.

Check the page, try making the categories, restart the page and see the results. Nengyko talk.

Have a look please:

Okay then! How are these?

Multi-Force Exertion: The ability to exert multiple forces on oneself at once, which combine to make a single motion of some kind.

Deadliness Inducement: The ability to induce deadly capability onto things, making them capable of killing who they touch easily.

As for the other motion, it is more of a combined motion. Ever heard of unbalanced forces and balanced forces in physics? A number of forces, such as gravity or friction or other contact forces can act on an object and combine to produce a single speed and direction. That is what the user would be doing with Multiple-Force Exertion. They don't go in multiple directions and speeds, but the forces combine to produce a velocity that can be different than what one unbalanced force would make. Get what I mean?

EDIT: About not making a force act on oneself, isn't doing so something that would fit as being a power, as in, doing the impossible?

Also, for the other power, instead of Earthly Velocity Defiance, how about just Velocity Bypassing? CrystalStorm51 (talk) 21:57, November 2, 2019 (UTC)

I don't think my explanation for unbalanced forces is that off. I just forgot to include some things, like the force causing acceleration as long as it is applied. That said, I said can instead of always because while it always does, I was saying that the power in question can produce one velocity, as in it is capable of doing that. OF course, it always will, but exerting multiple forces as the power described was more of it was capable of doing that, not because it doesn't always do that.

Not that it possibly matters, though, if I understand why you brought up Vector Manipulation. I still think that it could work as a sub-power of that, though. Manipulation powers tend to have some sub-powers.

Still, let me give you an example of Multi-Force Exertion: When used, there are different forces (and torques, in the case of rotation) of different magnitudes at the same time as the user exerts a force on something (say, the user's foot pushing against the ground). These forces act over time, normally quickly, some of them opposing the motion or rotation of the user, and they quickly balance out to result in the user being and going at a certain position and orientation moving at a certain angular velocity and linear velocity different from whatever velocity they would go at with the force they used to exert on something else, not counting the other forces, of course. Do I make myself clear? I know this may not be much sensible, if I have this down wrong, but it may be my writing that doesn't make sense rather than the physics alone. I have studied physics for years.

By the way, just so you know, Alissa wants all admins to come onto Discord for a meeting. What time is good for you?  Please contact Alissa to tell her when you're available.

I mean look at this:

A force-field is nothing more then a field of energy used to contain or block something.

Considering that all the known users of Ergo-Telekinesis and energy manipulation can already do that, there is no reason to make it into a separate telekinetic power.

It really is nothing more than Ergo-Telekinesis at its core, so its not different or varied enough to count as its own separate power.SageM (talk) 22:21, November 8, 2019 (UTC)SageM

I am not separating Force-Field Telekinesis from Ergo-Telekinesis, just wanted it to be a variation. Nengyko (talk)

With all due respect, force-fields are solidified fields of energy or plasma. If the user uses Ergo-Telekinesis, they can levitate the opponent but If someone with an offensive power like Fire Beam Emission will attacks the opponent. The second user would be successful unless the first user has Force-Field Telekinesis. With this power, You can levitate and shield anyone and anything at the same time. Thanks for understanding the ability. Nengyko talk

Users are beings of unimaginable power, having top status in mind, body, superpowers and amazing feats that easily make them much greater than the average member of their species. They can quickly adapt and evolve in the face of impossible odds, passively bending and breaking rules, probabilities and even logic to achieve their goals. They can survive what is thrown at them and pull victory from the jaw of defeat, allowing them to shrug off incredible amounts of punishment and achieve mind-boggling feats as if it was a normal thing, whether they are battle-related or mundane tasks. The user wields such raw power that they are capable of overwhelming and overpowering nearly anyone or anything in existence.

Retrieved from "https://powerlisting.fandom.com/wiki/User_talk:Zatalliya?oldid=1404985"
Community content is available under CC-BY-SA unless otherwise noted.