Carmilla (Castlevania: Lords of Shadow) served as a Dark Lord of Vampires, ruling from Castlevania itself.

"When your kind first huddled around the fire... I was the thing in the dark."
― The Alpha Vampire to Sam and Dean Winchester (Supernatural)

The power to possess the traits of a Vampire Lord. Advanced version of Vampire Physiology. Variation of Undead Lord Physiology.

The user either is or can transform into a Vampire Lord, the most powerful form of vampire. Unlike lesser vampires, the vampire lord possesses inherent skill in dark magic and may command legions of undead minions/vampires.

Also, vampire lords are known to have a certain resistance to sunlight for prolonged periods of time and have the fewest weaknesses; on top of that, even if they die, they are powerful enough to be reborn after a specific time period has past. This is because of a supernatural tether binding them to the physical plane as long as its not separated in certain possible ways. Furthermore, depending on the user, they may have a demonic nature, thus granting them access to the most unholy of powers. 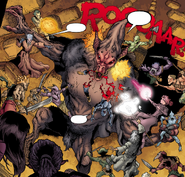 Maloker (Buffy the Vampire Slayer) is one of the Old Ones and the creator of the vampires. 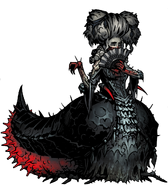 King of the Vampires (DC Comics) 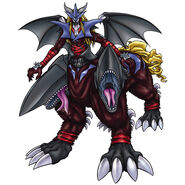 GranDracmon (Digimon) is the "king of vampire Digimon" and has enough power that even the Seven Great Demon Lords won't touch him. 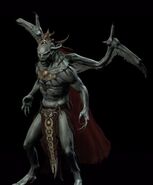 Kain (Legacy of Kain), Vampire ruler of Nosgoth. Kain is "One of the strongest vampires to ever exist," and that is without his Scion of Balance powers, with those powers, he is the most powerful vampire of all time. Kain is the creator of the fourth generation of vampires,ruling Nosgoth with his army of vampires. 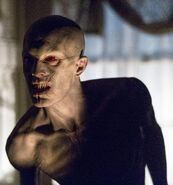 The Master Vampire (Penny Dreadful) is a centuries old Vampire Lord, and the progenitor of the entire Vampire race. 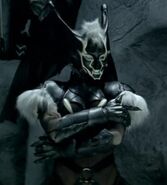 Raphael (Soulcalibur) is a Vampire Lord cursed by Soul Edge.

Anthony (Ultimate Marvel) was once considered the world's greatest vampire hunter until he was turned into a vampire and gathered all the vampire clans under his control, becoming the undisputed King of the Vampires...

...until he was brutality killed and usurped by Nerd Hulk, the vampirized clone of Bruce Banner. 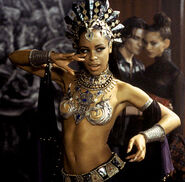 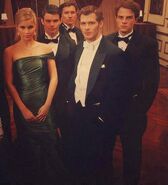 Lord Drago (Vampirella) is the king and progenitor of the Nosferatu. 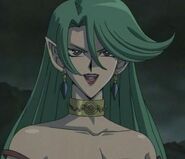 Camula ('Yu-Gi-Oh! GX) is known to be the queen of Vampires during the medieval era, though her people was wiped clean by the Humans, making her the last Vampire to survive. 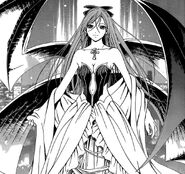 Akasha Bloodriver (Rosario + Vampire) is a progenitor of a Shinso bloodline and possess a legendary power described as a "darkness deeper than night".
Add a photo to this gallery
Retrieved from "https://powerlisting.fandom.com/wiki/Vampire_Lord_Physiology?oldid=1696082"
Community content is available under CC-BY-SA unless otherwise noted.