Use the traits of a vampire.

"There are as many types of vampire as there are disease; some are virulent and deadly, and some just make you walk funny and avoid fruit."
― Terry Pratchett, Carpe Jugulum

"Well, you can still be destroyed but... Forget the books and the movies. Garlic? It's worthless. A cross? Pfft! Shove it right up their ass! Hahahaha! A stake? Only if it catches you in the heart, and then it just paralyzes you. Runnin' water? Ah, that's no problem. I bathe... eh... occasionally. Now, a shotgun blast to the head? Oh, that's trouble, boy. Fire? That's real trouble. Sunlight? Well, you catch a sunrise and it's all over, kiddo. Get it?"
― Smilin' Jack, answering whether you, as a newly-embraced Kindred, will live forever, Vampire: The Masquerade – Bloodlines

Urd Geales (Seraph of the End), Lest Karr, Ferid Bathory and Krul Tepes.

Vampires of the Land of OOO (Adventure Time) 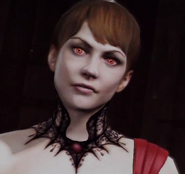 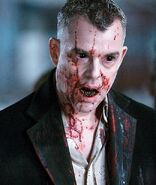 The Blood League (DC Comics) is an alternate version of the Justice League from Earth 43 who were turned into vampires by Batman. 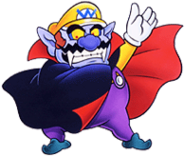 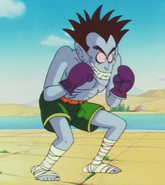 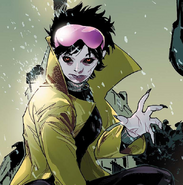 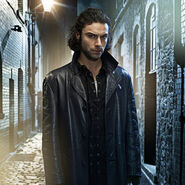 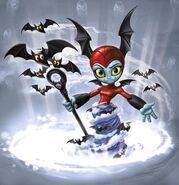 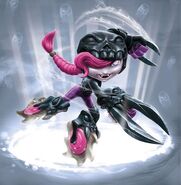 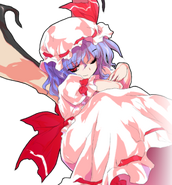 After using a Stone Mask on himself, DIO Brando (JoJo's Bizarre Adventure Part I: Phantom Blood) became a vampire.

Sunako Kirisaki (Shiki) is a Shiki, or "corpse demon", a form of vampire
Add a photo to this gallery
Retrieved from "https://powerlisting.fandom.com/wiki/Vampire_Physiology?oldid=1425050"
Community content is available under CC-BY-SA unless otherwise noted.