The "redirection" of Accelerator's (A Certain Magical Index) ability allows him to reverse the direction of any vector he touches and subconsciously desires; even displaced "teleportation" vectors.

The user can change the magnitude and the direction properties (vector) of an object to achieve a desired result.

Vectors are properties existing as either one of two types: position (location) and momentum (velocity). Position is distance (or coordinate) and direction in relation to something (orientation); momentum is speed and direction of motion (trajectory). The manipulation of momentum results in changes in motion; the control of position allows for alteration of location. Even if the magnitude of a vector was zero, it would still count as one due to it also having a direction.

All forms of matter can be described as either having or being vectors, and by exploiting this fact, a user of this power can theoretically create an "absolute defense" that prevents any harmful vectors from bypassing its boundary (possibly doing so by reversing the direction of kinetic vectors or displacing position vectors as to send the associated object to alternate regions in space).

...could direct the movements of anything while using his hand eyes. 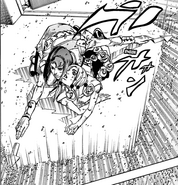 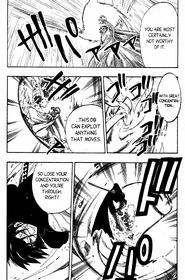 Vector (Valkyrie Crusade) can control vectors, living up to her name.
Add a photo to this gallery