The ability to induce vertigo on the target. Variation of Mental Inducement. Opposite to Vertigo Negation.

User can induce vertigo on the target, causing confusion, disorientation and/or nausea, possibly even unconsciousness.

Shinji Hirako (Bleach) using Sakanade to invert Bambietta's vision and hearing to cause her tremendous vertigo.

Yuuki Tenpouin (Code:Breaker) can use sound to distort his enemies' equilibrium.

Abigail Croft (Darker than Black) inducing a hallucinatory distortion on Hei to cause him vertigo.

A Level 4 Akuma (D.Gray-man) screaming to cause severe headaches. 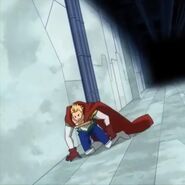 Dosu Kinuta (Naruto) using his Resonating Echo Drill to absorb sound waves into his gauntlet and manipulate and redirect it with his chakra into his enemy's ear.

When Bellamy (One Piece) performs his "Spring Hopper" the continuous sounds of his springs can disorientate his enemies. 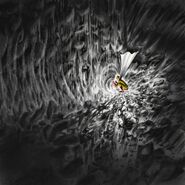 Saitama (One Punch Man) using Serious Tableflip.
Add a photo to this gallery
Retrieved from "https://powerlisting.fandom.com/wiki/Vertigo_Inducement?oldid=1529685"
Community content is available under CC-BY-SA unless otherwise noted.