Manipulate reality in a computer-like fashion.

"Any sufficiently advanced reality warper is indistinguishable from God."
― A riff on Clarke's Third Law

"Product of the digital mind, I'll build the future that I datalized. Into a world of my image perfected, I won't stop until you're all infected."
― Brandon Yates - Infection Perfection

The power to manipulate reality in a computer-like fashion. Variation of Reality Warping. Advanced version of Data Warping.

User can manipulate reality by instructing it in a way similar to that of instructing computers. They can instruct reality to produce any kind of material and phenomena, and erase and modify them as well. At sufficiently high levels, they may be able to reconfigure the structures of reality and redefine its rules at will.

Virtual Warping works in two ways; "Programming" and "using programs". It has "programming" at its base and "applications" at the top. Reality can be changed directly by coding, or reality can be changed indirectly by preconstructed supernatural "programs". Reality interface is an example. The user creates an interface with reality and can easily change reality from the interface, without the need for coding. Various examples; Distorting reality by means of virtual interface, programming, using applications, using operating system or being the operating system itself, and other possible computer-like and related methods.

Yggdrasil (Oh My Goddess) needs people to hunt the bugs.

During the final showdown, S.H.O.D.A.N. (System Shock series) could warp the reality via her specialized technological installations. 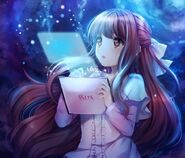 Neos (Valkyrie Crusade) can control reality in a computer-like manner, making her able to delete and remake both the Cyberland and the Celestial Realm. 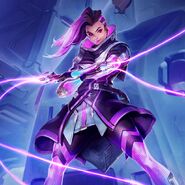 RB3 (Saga Frontier) is an advanced transcendent AI system designed to fully destroy and replace reality, as such it can warp like using a computer program.
Community content is available under CC-BY-SA unless otherwise noted.
Advertisement