Reverse Flash (DC Comics) vibrates his vocal cords to mask his voice and protect his identity.

The power to mask one's voice. Sub-power of Voice Manipulation.

The user can change their voice in various ways in order to disguise what it truly sounds like.

Superman (DC Animated Universe) is able to use his advanced muscle control to alter his voice, allowing him to better his disguises should he need it, he used this when he was filling in for Batman.

The Spider-Man Suit (Marvel Cinematic Universe) has an Enhanced Interrogation Mode that digitally alters his voice to sound deep, distorted, and intimidating. 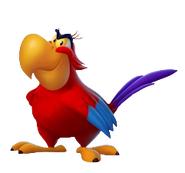 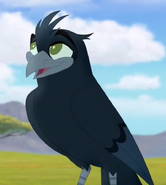 Obito Uchiha (Naruto) disguised his voice while wearing his mask, to sound like either his Tobi persona or Madara Uchiha.

King Boom Boo (Sonic X)
Add a photo to this gallery
Retrieved from "https://powerlisting.fandom.com/wiki/Voice_Masking?oldid=1680193"
Community content is available under CC-BY-SA unless otherwise noted.