Karasu (Yu Yu Hakusho) being known as a quest class demon, is able to give perfect articulation to his explosive crafts.

The power to construct bombs and explosives to certain complexity. Sub-power of Attack Powers and Volatile Manipulation. Variation of Creation, Constructs Creation and Weapon Creation. Not to be confused with Explosive Generation.

Unlike Explosive Generation, the power is able articulate and modify the yield and reach of the explosive.

Coyote Starrk's (Bleach) Los Lobes wolf pack could explodes upon biting an enemy or getting close enough to them. 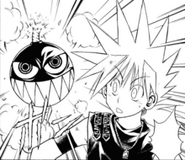 With the Weapon ÄRM, Walking Bomb, Ash (Marchen Awakens Romance) creates a bomb that expands when someone takes damage, eventually blowing up the last person to be hit.

Using her Hollow-Hollow Fruit/Horo Horo no Mi, Perona (One Piece) can create two types of ghosts that explode upon snapping her fingers.

Due to experiments with chemicals, Dr. Indigo (One Piece Film: Strong World) can form the chemicals into his Chemical Juggling.

Zofis and Koko (Zatch Bell!) use spells that attack their opponents with explosive energy. 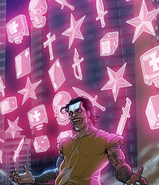 Cass Santiago (Ordeal) can create constructs from his tattoos a detonate them like a bomb. He once created a bomb said to have the power of a nuke.

...that explodes after a set period of time. 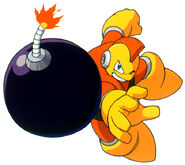 Aside as melee weapon that can easily damaging metals, Metal Gear Sahelanthropus (Metal Gear Solid V: The Phantom Pain)' whip-sword that composed of a mix of nanofibers and metallic archaea can also used to create a volatile pylons that rapidly expand along the ground in a straight line. 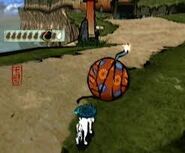 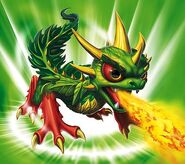 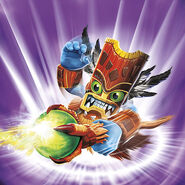 Bean the Dynomite (Sonic the Fighters) can pull bombs out of thin air. 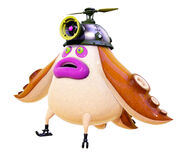 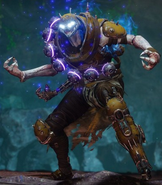