Use the traits of wall.

"I've heard of a Wailing Wall, but this is ridiculous!"
― Krusty the Clown (The Simpsons)

The power to use the abilities of a wall. Technique of Wall Manipulation. Variation of Inanimate Object Physiology.

User with this ability either is or can transform into wall. Users' transformed form is anatomically identical to their normal form, aside of being made of base materials, in which case it contains all to organs and is somewhat vulnerable to attacks. Alternately the user can transform into homogeneous matter, without any part of their form being more important than the other. 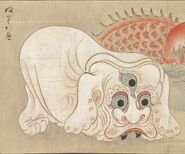 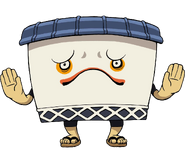 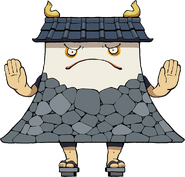 Impass (Yo-Kai Watch)
Add a photo to this gallery
Retrieved from "https://powerlisting.fandom.com/wiki/Wall_Mimicry?oldid=1532251"
Community content is available under CC-BY-SA unless otherwise noted.