The ability to channel and/or project the power through a wand. Variation of Mystic Object. 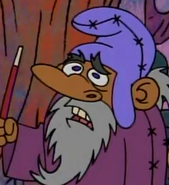 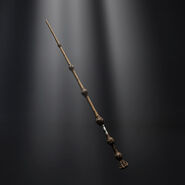 Claiomh Solais (Little Witch Academia), better known as "the Shiny Wand", is a magical staff with the power to break the seal of the Grand Triskellion, bestowing great magic power to those who wield it.

Fox McCloud (Star Fox Adventures) wielding Krystal's Staff, which serves as both a melee weapon and a magic wand.

Thanks to the Akuma housed in his bubble wand, Bubbler (Miraculous Ladybug) has access to a variety of powers through it.

With the wand the Akuma possessing her is in, Puppeteer (Miraculous Ladybug) is able to control those who's doll she possesses.

Bianca the Rabbit (Spyro the Dragon)
Add a photo to this gallery
Retrieved from "https://powerlisting.fandom.com/wiki/Wand_Magic?oldid=1419511"
Community content is available under CC-BY-SA unless otherwise noted.