As a Devil of the Sitri Clan, Sona Sitri (Highschool DxD) has strong affinity with water magic.

Use water magic.
The power to use water-related magic. Form of Magic. Variation of Elemental Magic, Liquid Magic and Water Manipulation.

The user is able to perform a form of magic that allows the user to cast magical spells and feats through water. 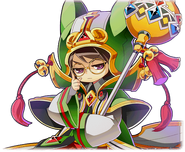 Mizumi (Return to Labyrinth) is a sorceress with a particular affinity to water, manipulating water and creating monsters from them. 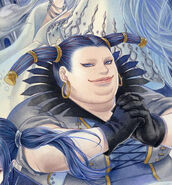 As an ablation of Mizumi's, Drumlin (Return to Labyrinth) possesses water-based magic, being able to absorb moisture into her body.

As an ablation of Mizumi, Moulin (Return to Labyrinth) is skilled in water-based magic, being able to create and fire water from her cloud.

Acqua of the Back (To Aru Majutsu No Index)

The Water Sword (Honkai Impact 3rd) is a sword that grants the user various water-based abilities.

Layla/Aisha (Winx Club) fairy of Oceans, Tides and waves.
Add a photo to this gallery
Retrieved from "https://powerlisting.fandom.com/wiki/Water_Magic?oldid=1582236"
Community content is available under CC-BY-SA unless otherwise noted.