Count Vladislaus Dracula (Van Helsing), being the progenitor of Vampires, is resistant if not immune to almost every single weakness they have.

"You're only half-vampire. A dip might hurt, but it won't kill you."
― Mynce to Rayne (BloodRayne)

The power to be resistant to one’s own weaknesses. Sub-power of Weakness Manipulation and Limitation Transcendence. Lesser form of Weakness Immunity. Variation of High Resistance.

The user is resistant, if not immune, to all or most weaknesses of one’s own race, allowing them to withstand their own limitations. This ability is common in every single alpha races known, though it has become apparent that other races like certain Metahumans, can also count as this.

This ability can be obtained by a variety of means, but the most obvious method is the transformation into an alpha species or very leader of a particular race. 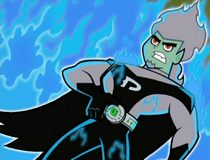 Due to his sheer power level, Dark Danny (Danny Phantom) is resistant to anti-ghost weapons like the Specter Deflector.

Spike (Buffy the Vampire Slayer/Angel) is resistant to holy items like crosses, being able to touch one without reaction. 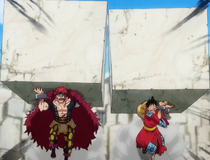 Monkey D. Luffy and Eustass Kid (One Piece) resisting the effects of Sea-Prism Stone, which generally drains Devil Fruit users of their strength and incapacitates them.

Unlike the rest of the Leviathans, Dick Roman (Supernatural) is much more resistant to borax, and even enjoys the taste of it.

The Alpha Vampire (Supernatural) is far more resistant to dead mens' blood compared to his children, requiring a vast amount to even affect him. 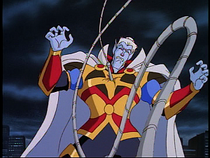 As the most powerful of the Third Race, Oberon (Gargoyles) is more resistant to iron than his kindred, taking an iron harpoon to the chest... 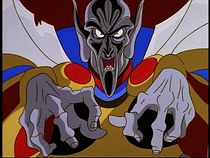 ...and being temporarily weakened and reduced to a gaunt, elderly figure rather than killed outright.
Community content is available under CC-BY-SA unless otherwise noted.