Master any and all weaponry

The ability to understand and use any and all weapons with the proficiency of a master. Sub-power of Enhanced Combat, Intuitive Aptitude, Knowledge Replication and Weapon Manipulation.

User with this ability need only to pick up a weapon before they instantly become proficient in it. The first time they pick up a sword, they can spar with masters, the first time they use a bow, they can hit bulls-eyes. Even alien, magical, or other weaponry that they should not understand comes naturally to them.

Stewie Griffin (Family Guy) showing a complete mastery of firearms during a shootout with his mother, Lois Griffin.

Stewie Griffin (Family Guy) showing a complete mastery of bladed weapons in a clash with Lois.

Shadow the Hedgehog (Sonic the Hedgehog) can use a large variety of weapons, mainly guns, but also swords. 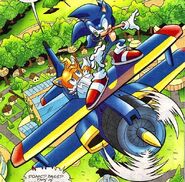 Starrk is a master of both swords and guns.

Dante (Devil May Cry) is incredibly proficient with any type of weapon, displaying near mastery of them within moments of picking them up.
Vergil.png
Much like his younger brother, Dante, Vergil (Devil May Cry 3) is highly proficient in many forms of weaponry. 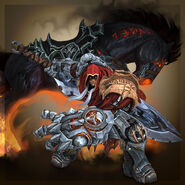 Michelangelo (Teenage Mutant Ninja Turtles) is skilled in the ways of nunchaku.

Donatello (Teenage Mutant Ninja Turtles) is proficient in the ways of the bo staff.

Sheldon (Splatoon) knows every detail about every weapon available to Inklings.
Add a photo to this gallery
Retrieved from "https://powerlisting.fandom.com/wiki/Weapon_Proficiency?oldid=786786"
Community content is available under CC-BY-SA unless otherwise noted.