The power to transform one's weaponry into various different shapes and forms. Sub-power of Weapon Transformation.

The user can transform their weapon(s) into different shapes and forms using various means.

Mine (Akame Ga Kill!) can change the components of Roman Artillery: Pumpkin into various weapons, such as a rifle to machine gun to a spiritual-coated blade.

Creed Diskenth (Black Cat) can level up his Imagine Blade, with each level changing it into a different form, from a katana to a scrimitar, to a demonic arm, to a gigantic blade of light.

The Hihīrokane (BlazBlue) is a katana that can transform into a great green claw upon invocation.

Renji Abarai's (Bleach) former Bankai, Hihiō Zabimaru, changes his whip-sword into a gigantic skeletal snake that can also act as a cannon.

Marechiyo Ōmaeda (Bleach) utilizes his Shikai, Getgetsuburi, changing his blade portion of his katana into a spiked-flail on a chain.

Kaien Shiba (Bleach) using his Shikai, Nejibana, which changes his katana into a triple-pronged spear.

Shūhei Hisagi (Bleach) using his Shikai, Kazeshini, which changes his katana into a pair of dual-bladed kusarigama, linked by a chain at their pommels.

Haruto (Code:Breaker) can absorb metal via his right arm and transmute it to various weapons, such as a blade or cannon.

...granting it his dimension powers

Erza Knightwalker (Fairy Tail) can change the Magic Spear: Ten Commandments between ten different forms, each with a different ability.

InuYasha (InuYasha) had absorbed many types of demonic powers with his Tessaiga, allowing the sword to change its composition to utilize its many abilities.

Chōjūrō (Naruto) can change the chakra stored inside his Hiramekarei into various shapes, such as a hammer...

Sasuke Uchiha (Naruto) can change the chakra orb his Susanoo wields into swords, magatama-shaped bullets, and arrows that he can fire off with his crossbow.

Obito Uchiha (Naruto) can change the shape of his Truth Seeking Orbs, forming into blades, lances, shields, staffs, and even the holy weapon, Sword of Nunoboko.

Samurai (Naruto) can change the shape of the chakra coating their swords to axes, scrimitars, spears, longer blades and many other forms.

Enel (One Piece) can use the heat from his electrical powers to heat-smelt his golden Nonosama Bo staff into other shapes, such as a trident.

Using his abilities as a Silver Claimer, Hamrio Musica (Rave Master) can transmute the silver necklace he wears around his neck into a spear.

Sayaka Kirasaka (Strike the Blood) wields the space-slicing sword, Kōkarin, which she can also warp into a bow to fire off energy arrows.

Dante (DmC: Devil May Cry) can transform his sword into other weapons, including a scythe and a whip.

Rubilax (Wakfu) can change it's sword form for different effects. 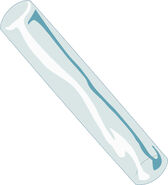 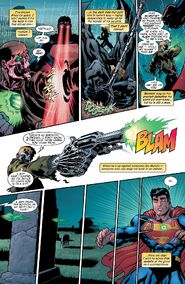 Metallo (DC Comics)
Add a photo to this gallery
Retrieved from "https://powerlisting.fandom.com/wiki/Weapon_Transmutation?oldid=1578562"
Community content is available under CC-BY-SA unless otherwise noted.