User is or can transform their body completely into weather phenomenon, including wind, clouds, storms, etc. Users' transformed form is anatomically identical to their normal form, aside of being made of weather, in which case it contains all to organs and is somewhat vulnerable to attacks. Alternately the user can transform into homogeneous matter, without any part of their form being more important than the other. 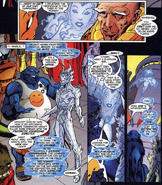 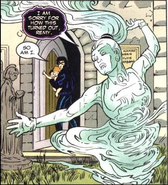 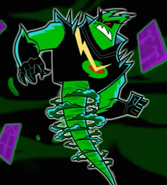 Vortex(Danny Phantom) body is a weather based ghost that can withstand any ghost ray which is a mere ignorance to him and stop it with his bare hands
Add a photo to this gallery
Retrieved from "https://powerlisting.fandom.com/wiki/Weather_Mimicry?oldid=1485616"
Community content is available under CC-BY-SA unless otherwise noted.
FandomShop Newsletter Join Fan Lab