The power to utilize White magic. Form of Magic. Opposite to Dark Arts. Not to be confused with Mysticism.

User can utilize the White Art: a form of magic typically used for help other people by healing the mind, body and/or soul. Practitioners of this type of magic tend to focus toward assisting others, purifying evil spirit, dispel curses, medical potions and respect all the rules about what is forbidden and not.

Because she was the product of true love, Emma Swan (Once Upon a Time) has the potential to wield Light Magic.

Within Isaac's "Heroes and Villains" storybook, Rumpelstiltskin (Once Upon a Time) is made into a valiant hero adept at light magic, earning the titles of "Ogre Slayer" and "Light One". 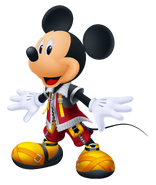 Minnie Mouse (Kingdom Hearts series) is shown to possess a limited amount of light magic for self-defense against the Heartless.

Because his heart lacks any darkness, Ventus (Kingdom Hearts series) is capable of magic centered around light. 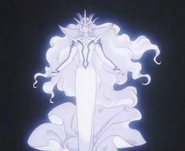 Keeper of the Light (Dota 2)
Add a photo to this gallery
Retrieved from "https://powerlisting.fandom.com/wiki/White_Arts?oldid=786831"
Community content is available under CC-BY-SA unless otherwise noted.