The Djinn (Wishmaster) usually granted wishes that intentionally harmed the wisher rather than help them.

"Do What you Wish."
― AURYN description (The Neverending Story)

"So you have wished it, so shall it be."
― Desiree (Danny Phantom)

"Be careful what you wish for; you just might get it."
― Proverb

"What is your wish? Endless wealth? Eternal peace? Or perhaps the world itself? Whatever you wish for, without insufficient power you can never get it."
― Gamabunta (Naruto)

The power to grant wishes. Sub-power of Wish Manipulation. Variation of Magic and Reality Warping.

The user can grant wishes of others or oneself, manifesting the desires of others and themselves into reality and make their wildest dreams come true. 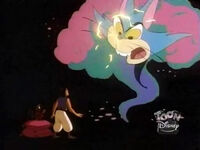 Chaos (Aladdin: the Animated Series) can grant his own wishes without limitations. Making this power at it's full potential a variation of reality warping.

Genie (Disney's Aladdin), can grant 3 wishes to whoever has his magic lamp. 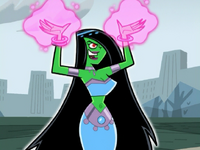 Desire (Danny Phantom) is a wish granting ghost who must grant every wish she hears. 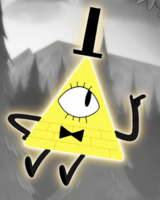 When someone weilds the Ladybug & Black Cat Miraculouses (Miraculous: Tales of Ladybug & Cat Noir) at the same time they will be granted a single wish. 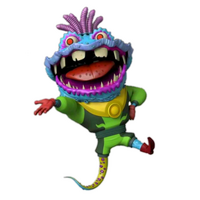 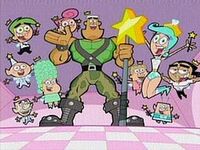 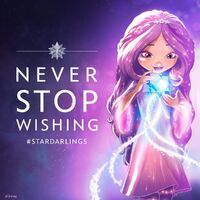 Starlings (Star Darlings)
Add a photo to this gallery 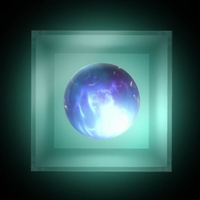 The Hogyoku (Bleach) can manifest the user's desires based on the strength of the user's Reishi.

Shenron (Dragon Ball) can grant one wish (later three) of anyone who gathers the seven Dragon Balls, under certain limitations.

Porunga (Dragon Ball Z) can grant three wishes of anyone who gathers the seven Namekian Dragon Balls, and have been powered up to exceed its former limitations.

Super Shenron (Dragon Ball Super) is the omnipotent dragon who comes from the Super Dragon Balls and can grant any wish at all no matter what it is.

Ultimate Shenron (Dragon Ball GT) can grant one wish of anyone who gathers the seven Black Star Dragon Balls, and is so powerful that it seems little to no limitations exists for it. 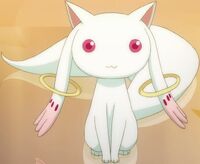 Kyubey (Puella Magi Madoka Magica) can grant wishes in the form of contracts which result in the wisher becoming a Mahou Shoujo. Unfortunately, these wishes usually backfire in ways that drive the wisher to despair. 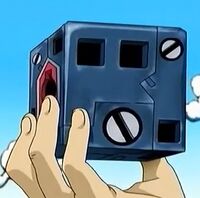 Brew (Soul Eater) can manifest the user's desires based on the strength of the user's soul wavelength.

Spiritual Stone (Stitch!) grants wishes to those who do enough good deeds

Jirachi (Pokémon) can grant any wish to anyone! Even if the wish is…

…A big pile of candy and snacks! 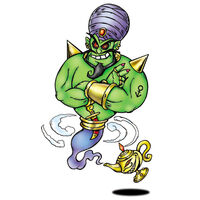 Lampmon (Digimon)
Add a photo to this gallery

Vengeance demons (Buffy the Vampire Slayer) grant vengeance-related wishes of anyone who says them, though said wishes often result in the victim's gruesome death or even the creation of alternate realities.

Neil, and later his dog Dennis (Absolutely Anything), temporarily gained the "galactic power", allowing them to fulfill any wish they speak, although the power is quite pedant wording-wise.

Krampus grants Max's wish "to make things go back to the way things were" in the end of the film.

Mephistopheles (Valkyrie Crusade) is a demon lord with very powerful and unique alchemy and magic and posses the power to grant any wish. 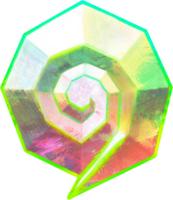 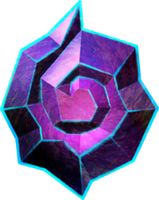 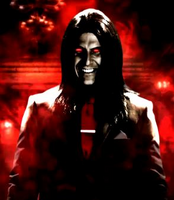 Calypso (Twisted Metal) has the power to grant the wish of those that win in the Twisted Metal tournament, usually in a dark "ironic punishment" sort of way. 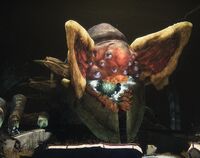 Riven, the Thousand Voices (Destiny) like other Ahamkaras are giant wish granting dragons that can grant andy wish but at a heavy price.
Add a photo to this gallery
Retrieved from "https://powerlisting.fandom.com/wiki/Wish_Granting?oldid=1737195"
Community content is available under CC-BY-SA unless otherwise noted.