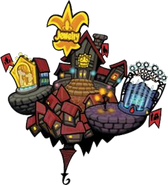 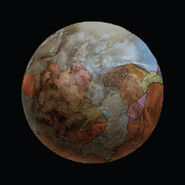 The Sol Emeralds (Sonic the Hedgehog series) share a deep and important connection to Blaze's world, able to draw it to them should they be taken to another dimension...

...merging them together into the World of Light.
Community content is available under CC-BY-SA unless otherwise noted.