Use the traits of yeti.
The power to use the abilities of a Yeti. Variation of Mythic Physiology and Sasquatch Physiology.

User with this ability either is or can transform into a Yeti, a folkloric ape-like creature taller than an average human, that is said to inhabit the Himalayan mountains. According to Twenty-First Century sightings Yetis are said to stand from 8 to 10.5 feet tall, have a furry coat of brown, reddish or black hair and to resemble a huge, upright walking ape.

In Buddhist mythology, the Yetis were peaceful creatures, that were very shy, and lived in dense snow caves on the glaciers which form the Ganges River in India. 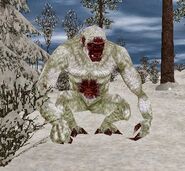 The Yeti (Carnivores Ice Age) is Extremely Dangerous to hunt and will eat anything it sees, hears, or smells.

The Yeti Cool Brothers (One Piece) are a pair of assassins employed on Punk Hazard.

An immortal yeti, Skips (Regular Show) is the awesome groundskeeper of the Park. 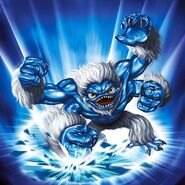 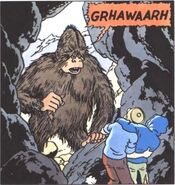 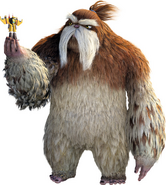 Yeti (Rise of the Guardians) 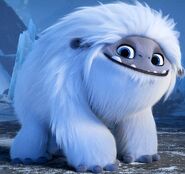 Frostbite (Danny Phantom) is claimed to be half polar bear; half Tibetan Yeti 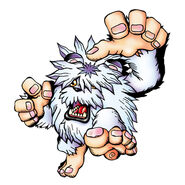 Mojyamon (Digimon)
Add a photo to this gallery
Retrieved from "https://powerlisting.fandom.com/wiki/Yeti_Physiology?oldid=1572179"
Community content is available under CC-BY-SA unless otherwise noted.