Vaatu (Avatar: The Legend of Korra) creates strong yin essence as the spirit of darkness/chaos.

The power to generate yin essence. Sub-power of Yin Manipulation. Variation of Creation. Opposite to Yang Generation.

…and as his reincarnation, Sasuke Uchiha inherited his ancestor's spiritual chakra which was vastly augmented after he received Six Path Yin-Chakra from Hagoromo…

…,allowing him to evolve one of his eyes into the Rinnegan. 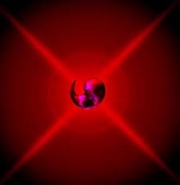 Yin (Shinobi series)
Add a photo to this gallery
Retrieved from "https://powerlisting.fandom.com/wiki/Yin_Generation?oldid=1670919"
Community content is available under CC-BY-SA unless otherwise noted.