compilation of signs. If the latter is true, then one could combine their zodiac abilities to generate stronger effects. Zodiac abilities are at their strongest during the months that they are active; their designated months.

Tzolk’in which has 20 different day signs and 13 different galactic numbers that adds up to a 260 day cycle for the calendar which represents an animal, element, and Mayan Deity considered to be the guardian of those born under its lunar cycle. 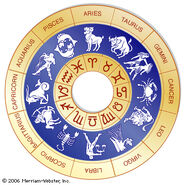 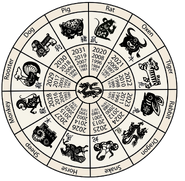 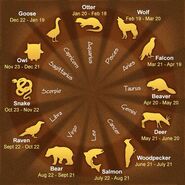 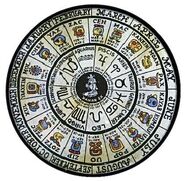 Lucy Heartfilia (Fairy Tail) can transfer Celestial Powers to herself and gained a new dress based on each Zodiac Spirit.

Ayame (Fruit Basket) as the Snake of the Zodiac, ...

... Kyo as the cat, found in the Vietnamese zodiac, replacing the Rabbit, ...

... and Hatori as the dragon/seahorse. For it is explained that in mythology, all dragons start out as seahorses, and only some gain the opportunity to ascend to dragon-hood.